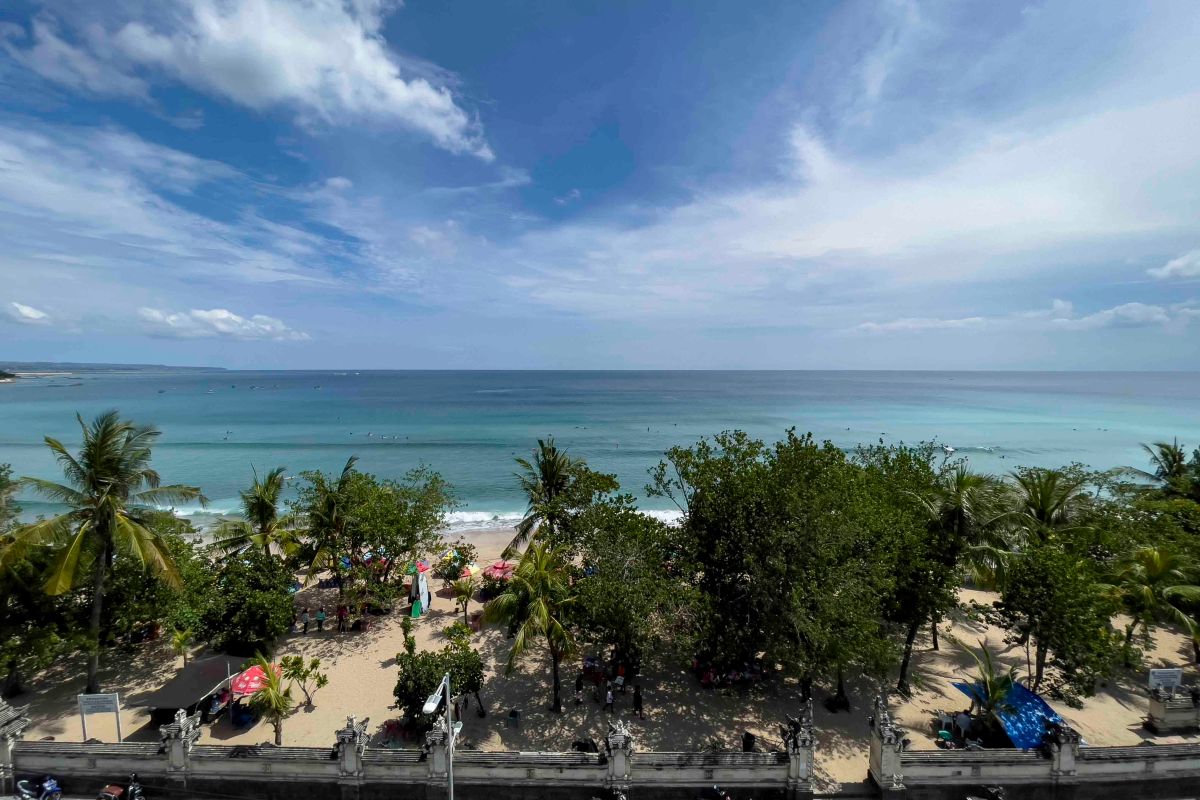 Today was our last day of our trip. We started the day off by taking a GRAB (Think Uber) to Biku, our favourite restaurant in the area. I had a breakfast sandwich, and some chai tea. It was absolutely delicious!

The morning was spent relaxing by the pool. During that time I phoned Air Canada and purchased us some upgrades to Business Class for $2650/pp. I didn’t want to deal with economy class for 27 hours. We ended up having lunch at Riva Bar & Restaurant again, since it was convenient. We both had some chicken wings. The afternoon was spent in our private plunge pool, and then we tried to nap for a few hours, since we had 27 hours of travel ahead of us.

After our attempt at napping we went to the Jamie Oliver restaurant that was nearby for dinner. Julie had a burger and fries, while I had a lasagna. The food was pretty good. There was a family at a table next to us celebrating the second birthday of their son Oliver. Oliver had a very beautiful Disney cake which I commented on, and before we know it we were both offered a slice of cake. It was pretty good!

It was then time to walk back to the hotel, finish packing, and head to the airport. On our way walking back to the hotel there was an middle aged Indonesia man hiding in the dark on the corner who “offered” us some Cocaine… I’ve been proposed drug deals in my past travels, but never as casually as this guy. Haha. Once we got back to the hotel we packed our bags, and booked a GRAB to take us to the airport. The ride, while only 3 kilometres, took us nearly an hour. We had a really good conversation with our driver.

Our first of three flights was on a Virgin Australia Boeing 737-800 to Sydney. The flight lasted about 6 hours. While masks are still a government mandate by essentially every country in the world, I noticed that about 30% of the flight didn’t seem to care, and the flight attendants didn’t seem to make a fuss over it. It appears Australians might be fed-up with the rules.

The second flight was on an Air Canada Boeing 787-9 Dreamliner to Vancouver. On this flight we had our upgraded Air Canada Signature business class seats. For dinner I had blackened smoked trout for an appetizer, followed by a delicious red wine braised beef cheek. I may have also had three servings of cheese and crackers for desert… I did manage to nap on and off for about half of the 16 hour flight, although I was still fairly tired by the time we arrived in Vancouver. On the way into Vancouver there was a beautiful clear view of Mount St. Helens. Wow!!!

Customs in Vancouver was a total breeze, taking a total of 3 minutes. Following customs we endured a 15 minute walk to the Air Canada lounge, where we spent the next few hours relaxing before our final flight back to Calgary on an Air Canada Airbus A319. Wait a minute… didn’t Air Canada retire those a few years ago at the start of the pandemic? Well yes… but they’ve since taken this very select one (C-FYKC) out of storage for whatever reason.

Julie’s Parents were waiting for us in Calgary, and drove us home, which I greatly appreciated.