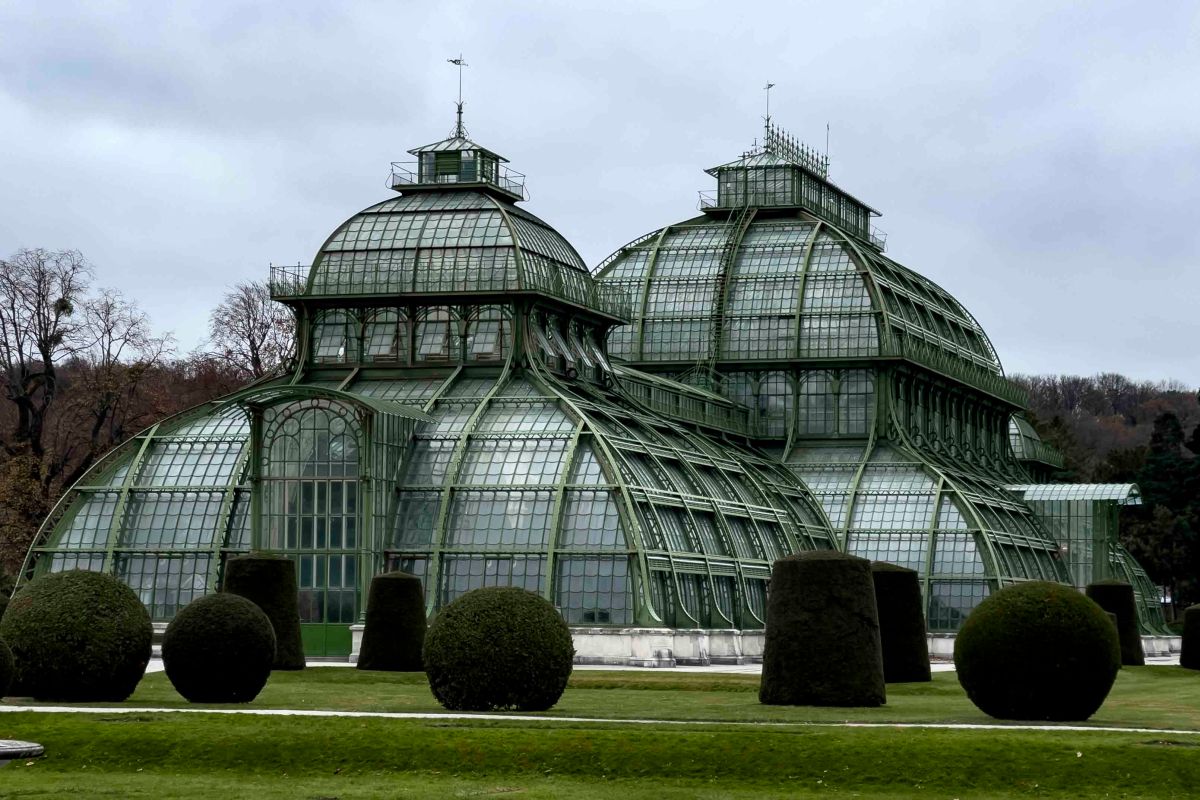 Today I finished exploring Vienna. I woke up around 7:00am again and went to the nearby McDonald’s and purchased a coffee, and picked up a sandwich from the Spar grocery store below.

First stop today was Hundertwasserhaus, an apartment complex with an expressionist architecture style. The building was conceived by Austrian architect Friedensreich Hundertswasser and Jospeh Krawina. Friedensreich started his career as a painter in the early 1950’s, however became increasingly focused on architecture, and literature. In 1972 he had his first architectural models made for a telvevsion show called “Make a Wish” in order to demonstrate his ideas on forested roofs, “tree tenants”, and the “window right” of every tenant to embellish the facade around his windows. In these models he showcased his architectural shapes, which included “eye-slit” house and “high-rise meadow house”. In Late 1977 the federal chancellor Bruno Kreisky suggested to the mayor of Vienna (Leopold Gratz) that Hundertswasser create an apartment building to his own idea, however architect Joseph Krawina was invited to join him and help put his ideas to practice. Krawina presented his ideas to Hundertswasser in September 1979 with a Styrofoam model and rudimentary drawings. Hundertwasser was shocked and rejected them. In the end the house was built between 1983 and 1985 according to the ideas and concepts of Hundertwasser with architect Krawina as a co-author and architect Peter Pelikan as a planner. It features undulating floors, a roof covered with earth and grass, and large trees growing from inside the rooms, with limbs extending from windows. Hundertwasser took no payment for the design of the house, declaring that it was worth it, to prevent something hideous from going up in its place. The apartment complex contains 53 apartments, 4 offices, 16 private terraces, 3 public terraces, and 250 trees and bushes.

Second stop was Schönbrunn Palace. Schönbrunn Palace was the main summer residence of the Habsburgs. In 1569, Holy Roman Emperor Maximilian II purchased a large floodplain on the Wien river. In 1548 the previous owner had erected a mansion called Katterburg. The emperor ordered the area to be fenced and introduced game such as pheasants, ducks, deer, and boar. Over the next century the area was used for hunting and recreation. Eleonora Gonzaga, who inherited the property after the death of her husband Ferdinand II. From 1638 to 1643 she added a palace to the Katterburg mansion. The name Schönbrunn first appeared in 1642. It also appears that the orangery was started by Eleonara as well. The Schönbrunn Palace in its present form was built and remodeled during the 1740–50s during the reign of empress Maria Theresa, who received the estate as a wedding gift. Franz Joseph I commissioned the redecoration of the palace exterior in the neoclassical style as it appears today.

On site is Palemnhaus, a beautiful Art-Nouveau greenhouse, that was built in 1882 to showcase many exotic plants. The site is also home to Schönbrunn Zoo, the world’s oldest zoo, dating back to 1752. There is an amazing assortment of animals there; I was told roughly 8000, with 700 unique species including turtles, goats, pandas, penguins, lions, tigers, various birds, hippos, etc! I had a delicious brie and cured sausage for lunch at the zoo.

Third stop was Secession, a contemporary art museum with a gold dome of gilded laurels & temporary exhibitions by renowned artists.

The Austrian National Library was my fourth, and last stop of the day. It is the largest library in Austria with over 12 million items in its collection. The library dates back to 1368 when Duke Albert III moved books from the Viennese vaults into an imperial (national) library. The library is located in the Neue Burg Wing of the Hofburg in center of Vienna. Neue Burg, also known as Hofburg, is a former imperial palace of the Habsburg dynasty. Today it serves as the official residence and workplace of the President of Austria. It was built in the 13th century and expanded several times afterwards. It also served as the imperial winter residence, as Schönbrunn Palace was the summer residence. Numerous architects have executed work at the Hofburg as it expanded, notably the Italian architect-engineer Filiberto Luchese, Lodovico Burnacini and Martino and Domenico Carlone, the Baroque architects Lukas von Hildebrandt and Joseph Emanuel Fischer von Erlach, Johann Fischer von Erlach, and the architects of the Neue Burg built between 1881 and 1913.

I spent the majority of the evening at the hotel doing work, however I did manage to sneak out for some delicious mushroom orichette and a beer at a restaurant called Schachtelwirt. I also took a few night shots of Vienna’s streets.